The Japanese developer Cave, who launched the "DoDonPachi" and "Mushihimesama" and is well known to gamers, is now returning with its first vr game. Just kidding, what is the Japanese best at making?---that is obviously creating a huge monster and then destroying the city----Call is now launching this title "A. I am a monster. This is the case with the vr game settings for (AI am Monster). 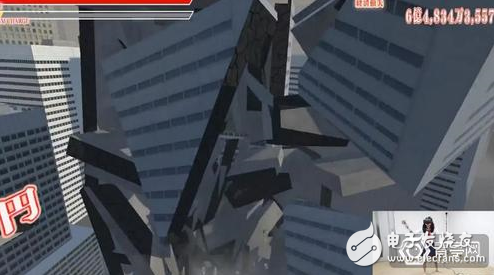 "A. I am a monster" This vr game has only one core content: it is to destroy everything you can see, and more accurately it is to destroy the various high-rise buildings that stand. In the vr game, the player will become a huge Japanese student girl and mad in the capital Tokyo - and as long as the number of buildings destroyed, the scores will eventually get higher. Although there is not much news about this vr game at present, the official shows some of the vr games in the latest demo video. What makes people feel very spoof is that the sailor suit student girl in the vr game turned out to be a "false mother" incarnation...