With the rapid development and rapid iteration of smart phones in recent years, the current smart phone market in China has undergone some changes. Although the high-end market is still dominated by brands led by Samsung and Apple, it costs between 2,000 yuan and 3,000 yuan. The mid-range product of the price is the main battlefield of domestic manufacturers such as Xiaomi, Meizu, and Glory. 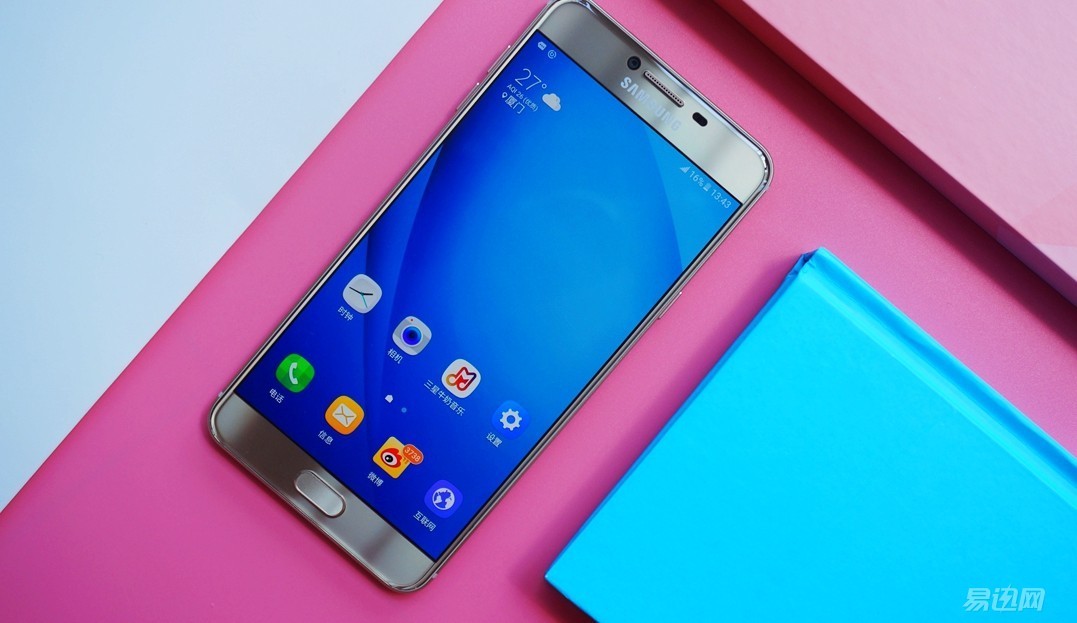 Although the high-end market is dominated by Apple and Samsung, we all know that the price range most consumers currently buy is still in the price range of RMB 2000-3000. This piece of hinterland is the focus of domestic mobile phones. International brands wanting to hit this hinterland are bound to have a positive impact with domestic mobile phones. Before international brands want to impact, they must first understand the preferences of Chinese people.

After all, is Samsung's so-called "China's special supply machine" C7 really a Samsung's routine or is it really true?

The Samsung Galaxy C7 still uses Samsung's family-style design language, but the all-metal integrated fuselage still appears in Samsung's brand line for the first time. Plus 2.5D arc screens, these are the current Chinese consumers most like and most willing to accept. 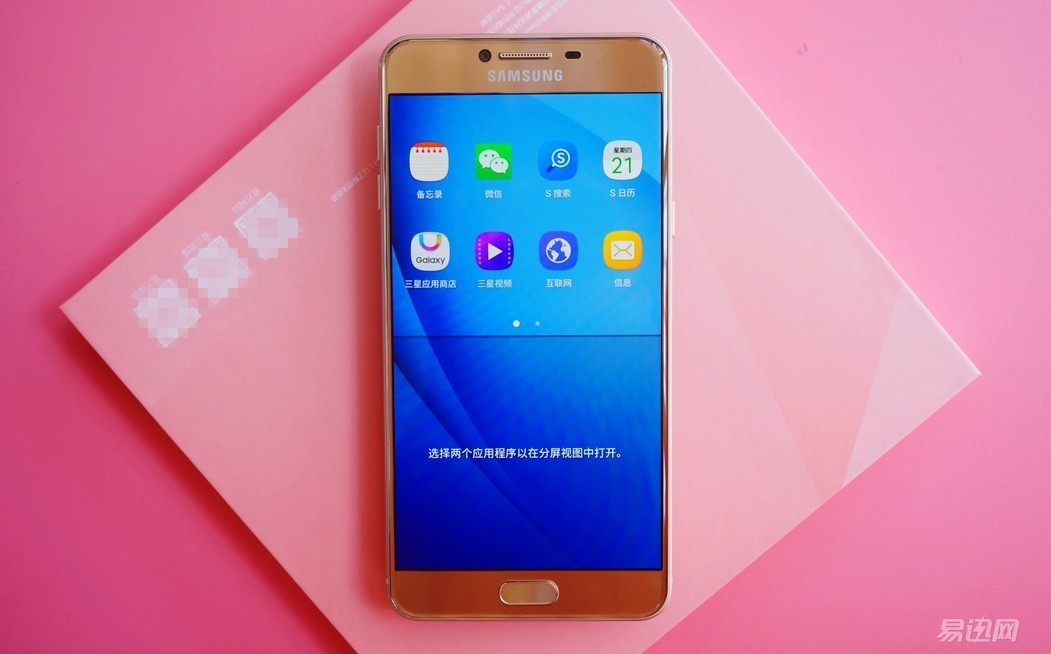 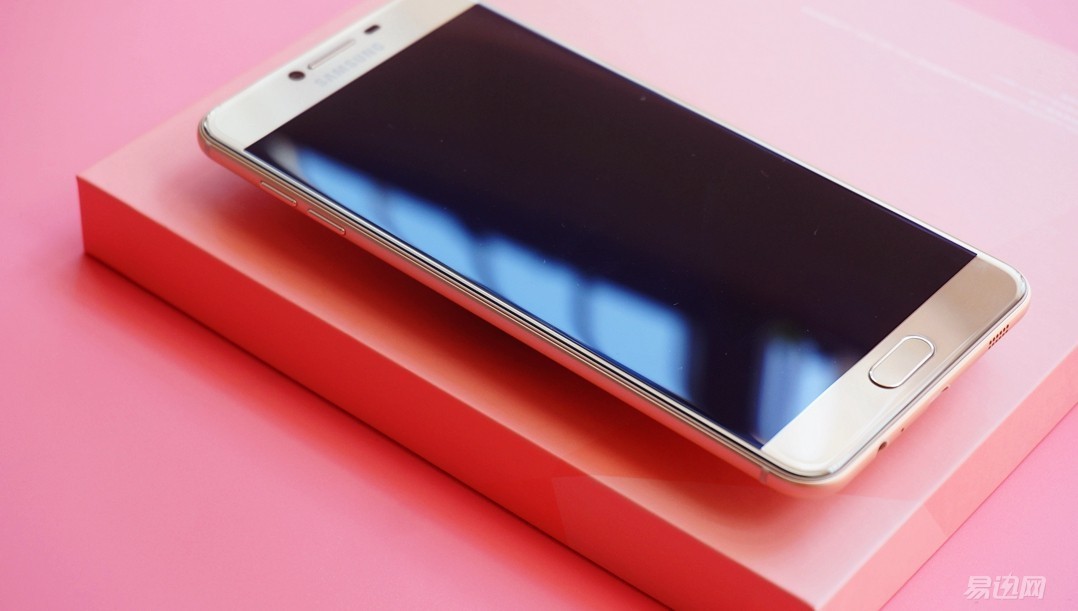 And it is worth mentioning that Samsung also uses a 2.5D glass material on the glass cover of the body screen, not only has a strong impact on the visual still has a huge increase in the feel, in addition C7 uses a piece of 5.7 The inch AMOLED screen and the width of its border control are very good. This time, the openings of the C5 sensor and the front camera are not randomly distributed, but are lined up in a row, and in the absence of a narrow frame design, Compared with many mobile phones, the C5 can be so narrow that it is indeed not easy. 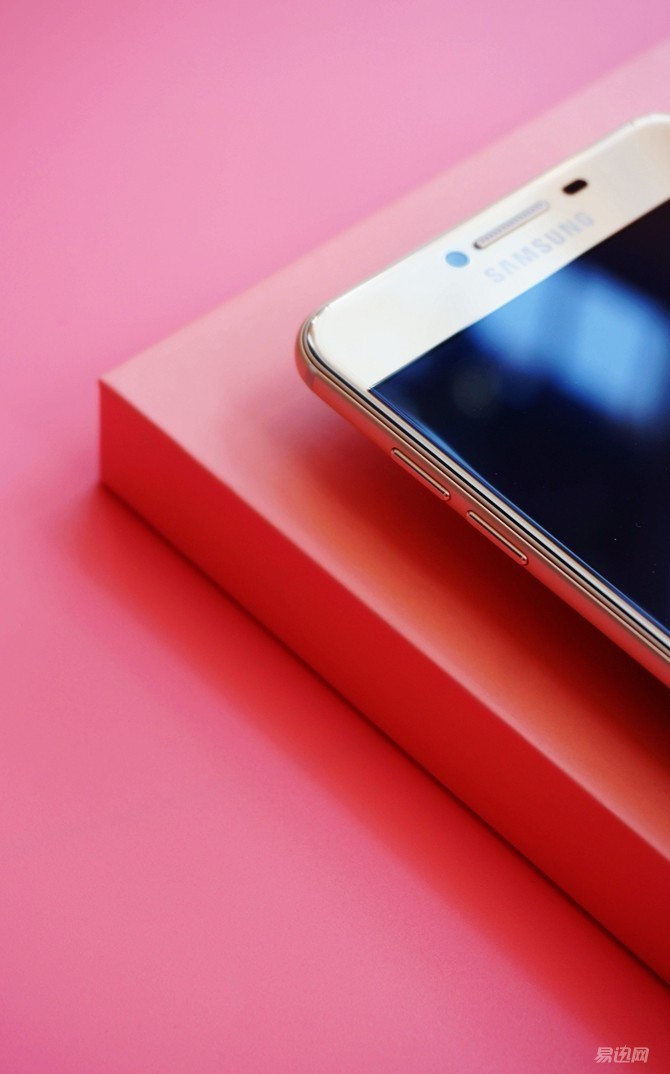 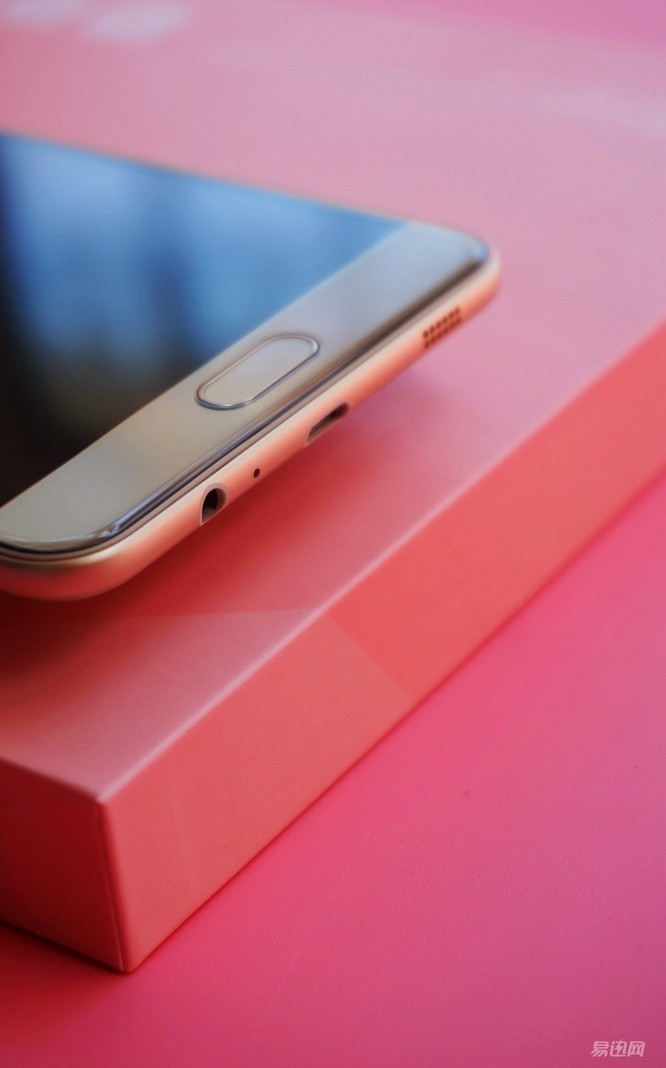 Galaxy C5 uses frontal fingerprint recognition. The physical buttons are slightly higher than the screen surface, and the keystroke feedback is obvious. The actual experience of C5's fingerprint unlocking speed is still good. In this period of time, the accuracy of fingerprint identification is still relatively high, and the recognition speed can only be considered as average. After pressing the button, the user needs to wait for less than 1s to complete the unlocking, considering the speed as a midrange machine. It is also acceptable!

As one of the few Samsung metal mobile phones, the C5 is a relatively strong metal mobile phone. The metal surface uses a sandblasting process. The so-called maple leaf gold coloring looks like only a light golden color, which can reflect the metallic luster. Around the phone is more natural, each corner uses a larger arc to make the transition, making the overall body appear more three-dimensional, and also has a significant increase in the grip feel. 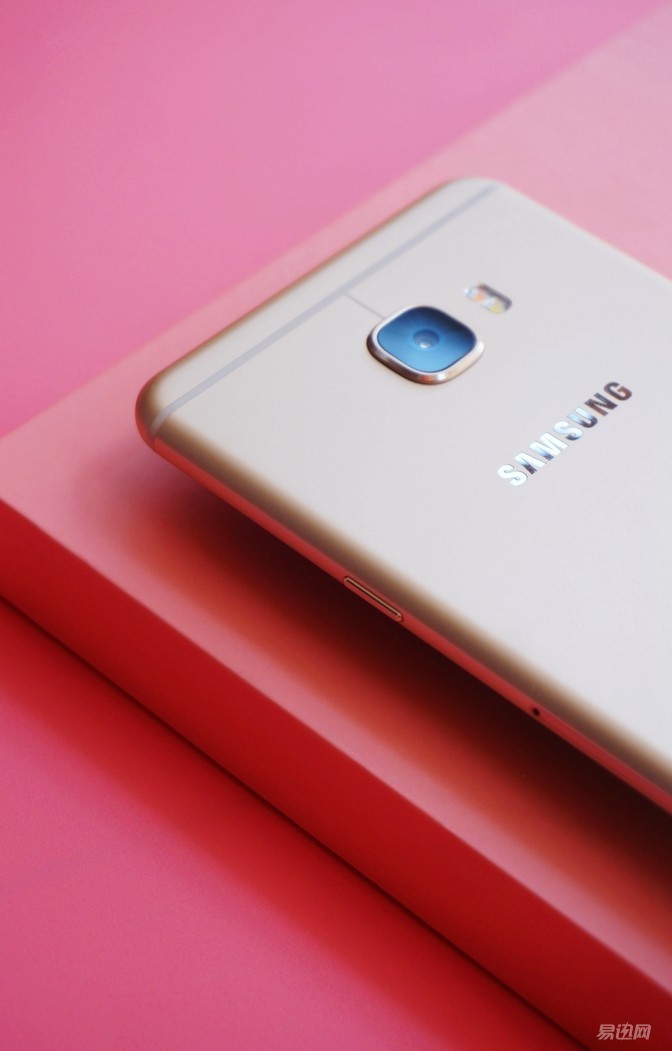 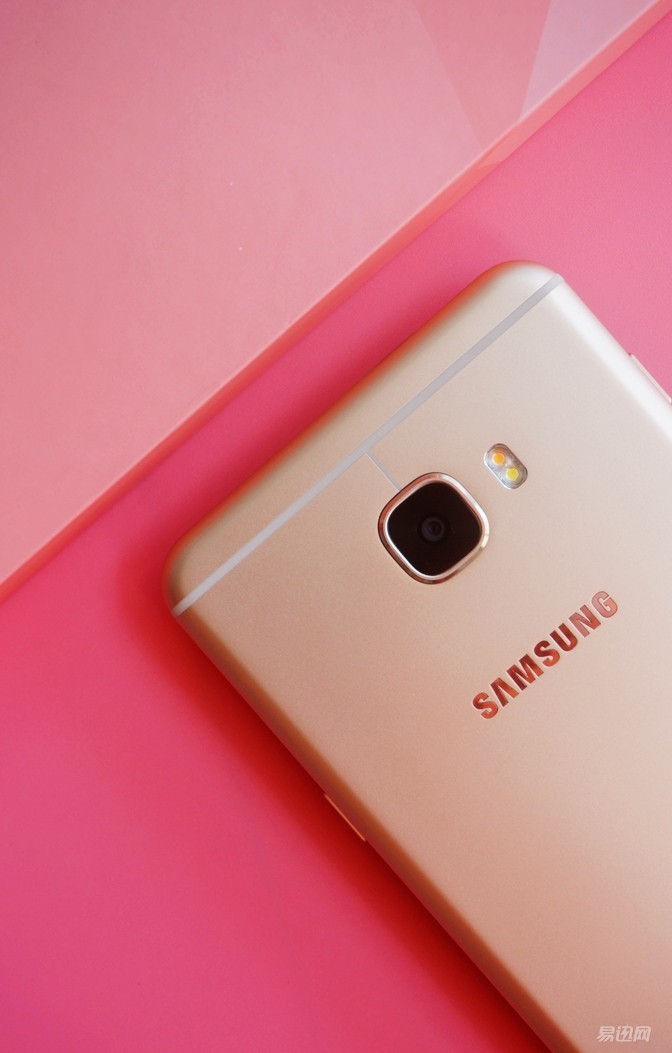 All-metal body, local gold color matching, etc. Through these several above we can see that Samsung C7 understands the preferences of Chinese people, in addition to the appearance of what Samsung has also done to optimize the Chinese? We then look

First of all, on the theme of the Samsung Galaxy C series customized according to different body colors proprietary style UI, and the golden body against each other, it looks strong metallic texture. 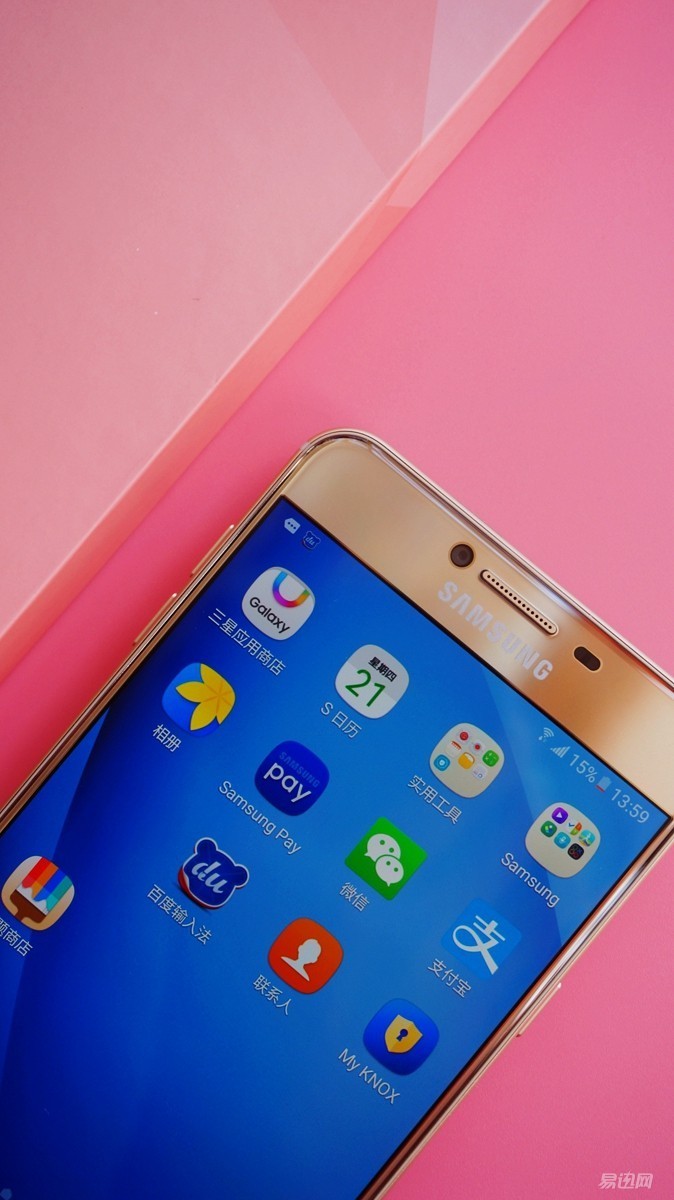 In the past, a lot of useless APPs have been decremented on the C7 system. The built-in APPs are almost all practical tools. Wechat, Alipay, and other third-party software are all apps that we use every day. The folder sorts commonly used APPs without the dazzling sense of tediousness that deserves praise.

The built-in smart manager in the system is more like a cell phone security manager. It integrates functions such as memory cleaning, traffic monitoring, and device security. For me, memory and traffic monitoring are the most practical. Although the Galaxy C7 is equipped with 4G of large memory, Sometimes when rogue software encounters background memory, it will also increase the power consumption of the mobile phone. With this function, you can check the memory usage of the mobile phone in real time. The same is true for traffic monitoring. With such a software, we will not need to go back to ourselves. Download other third-party software troubles! 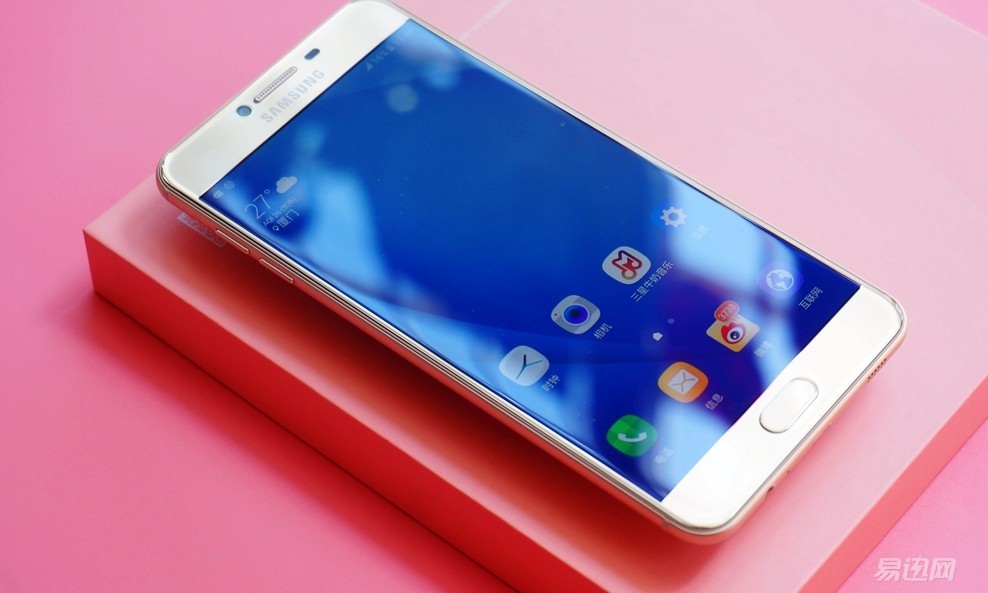 I usually use mobile phones to listen to music on my way to work, but I find that many mobile phones are not optimized for the sound quality of mobile music. This leads to a poor experience when listening to music. 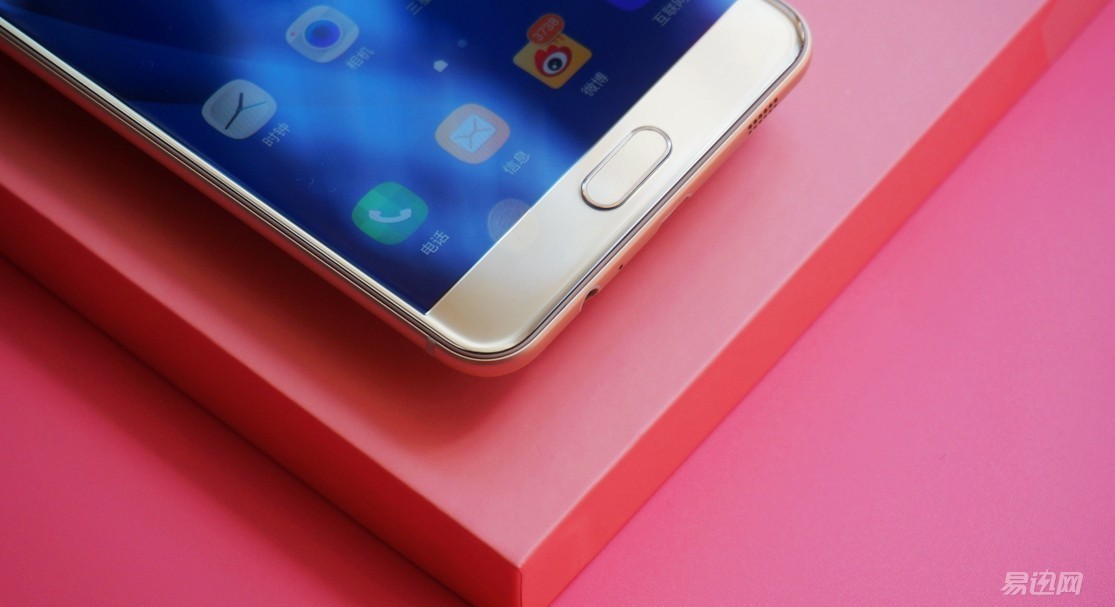 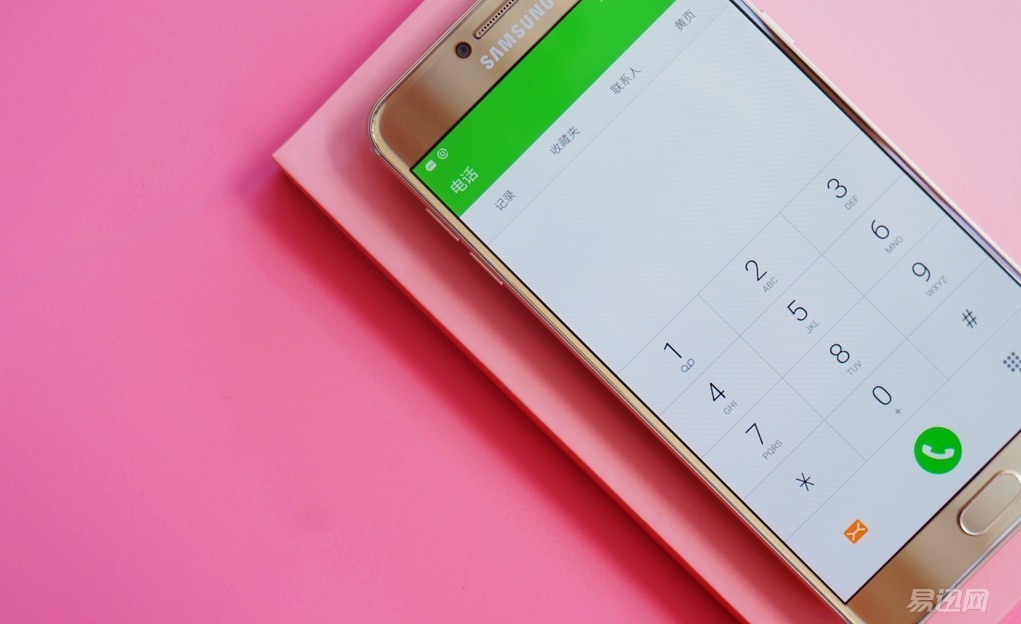 It is worth mentioning that the Samsung C7 can debug surround effects, professional version of the tube amp, concert hall effect. It is also possible to perform sound optimization on an individual basis, which is equivalent to the private customization of audio, and it does have a good effect on the performance of sound. As the mobile phone is currently the majority of people's listening equipment, Samsung's in-depth exploration of audio is also very hard for this market demand.

Another place where the grounding gas is compared is that it has been hotly grabbed the red packet function. This system has a built-in grab red packet function. The actual experience of receiving a red envelope can remind but cannot automatically grab a little regret, even so I think The significance of Samsung's ability to add this feature to the system is trivial, and it can be seen from the small feature of grabbing the red envelope that Samsung is increasingly focusing on the domestic user experience! 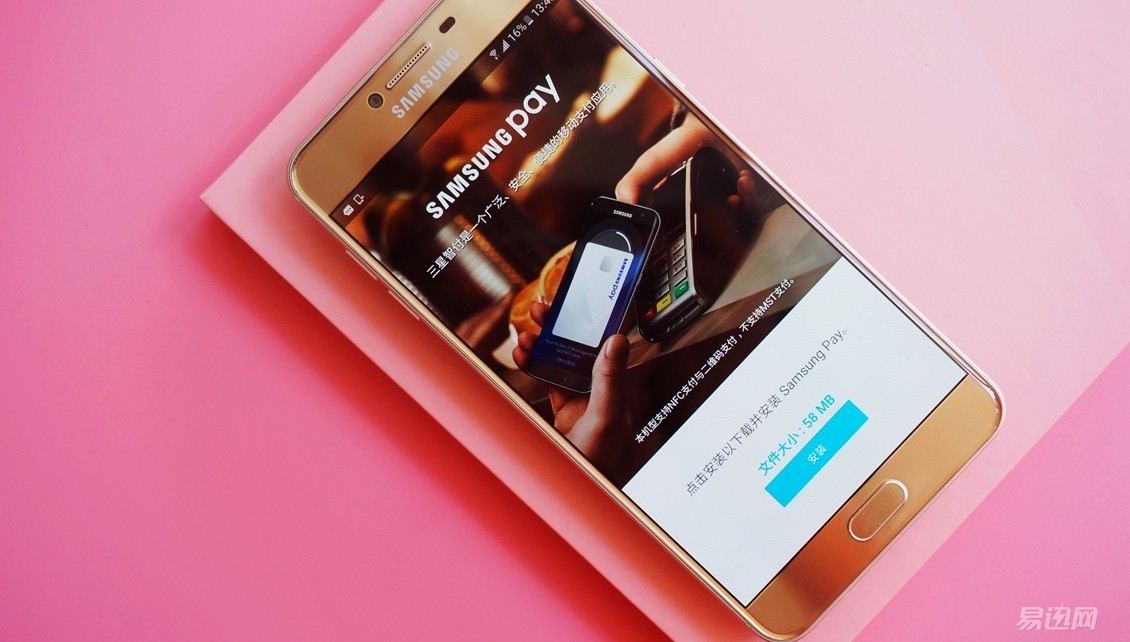 After Samsung launched the epoch-making Samsung Pay at the beginning of this year, the energy was won by consumers because of its ability to better support POS machines. Galaxy C7 can pass NFC (Near Field Communication) to POS machines (need to support NFC) after binding related savings/credit cards. Not only that, Samsung has also merged with Alipay, and the functions of Alipay will be directly implemented. At the system level, it is possible to pay in the simplest way in any situation, greatly simplifying the payment process. 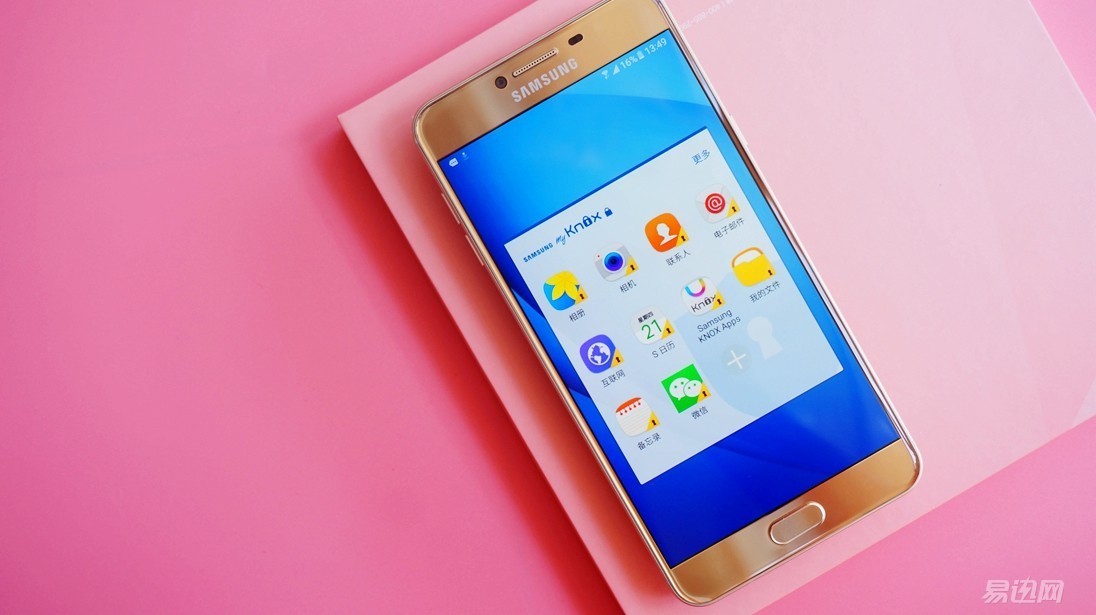 The Galaxy C5 is equipped with a processor called MSM8952 (Shaolong 617), you can simply think that he is an upgraded version of the Snapdragon 615 processor, but in the CPU architecture Xiaolong 617 uses a new parallel eight The nuclear architecture consists of eight Cortex A53 cores clocked at 1.5 GHz, and the memory is a mix of 4GB RAM+32GB ROM. Although the configuration is not particularly high, but in the actual experience still brought me no small surprises, especially when running the "2K16" such a masterpiece, although the eight-core full open can feel the frame there is a certain degree of dropped frames, but The entire game is still easy to play, thanks mainly to the new architecture of the Snapdragon 617 and 4G Universiade. Running a game like â€œThe King of Gloryâ€ should be no problem! 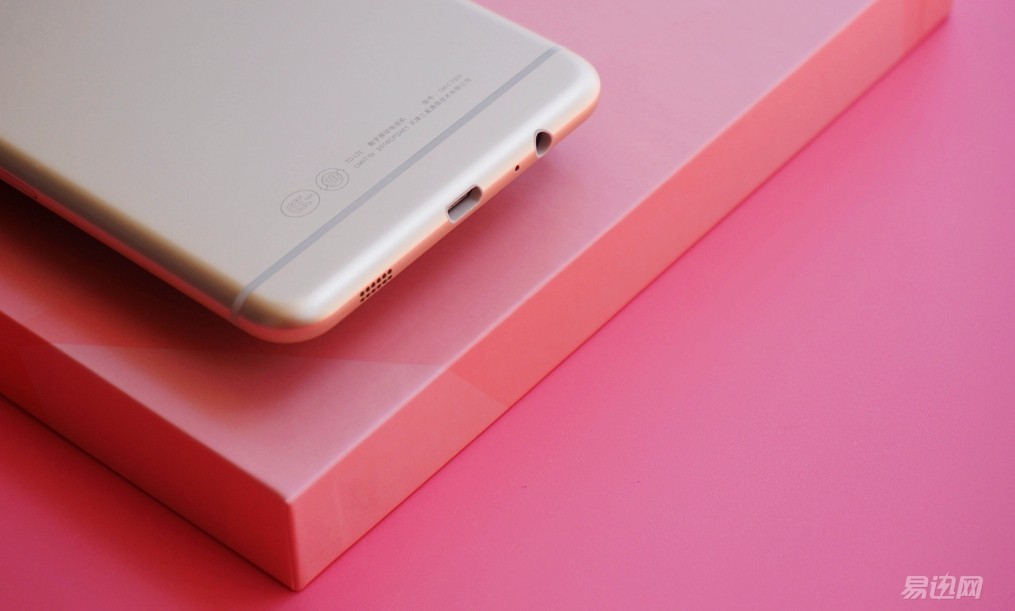 According to personalized imaging camera

Imaging Galaxy C7 equipped with a 8 million pixel front camera and a 16 million pixel rear camera and supports phase focus, use it down to give me the feeling is fast, because the camera is activated after the background, so open again The time is very fast, and on the other hand, thanks to the Galaxy C7 retaining double-click to open the camera and the shutter speed is faster when taking pictures. In the camera's basic operating experience, the C7 experience is quite good. 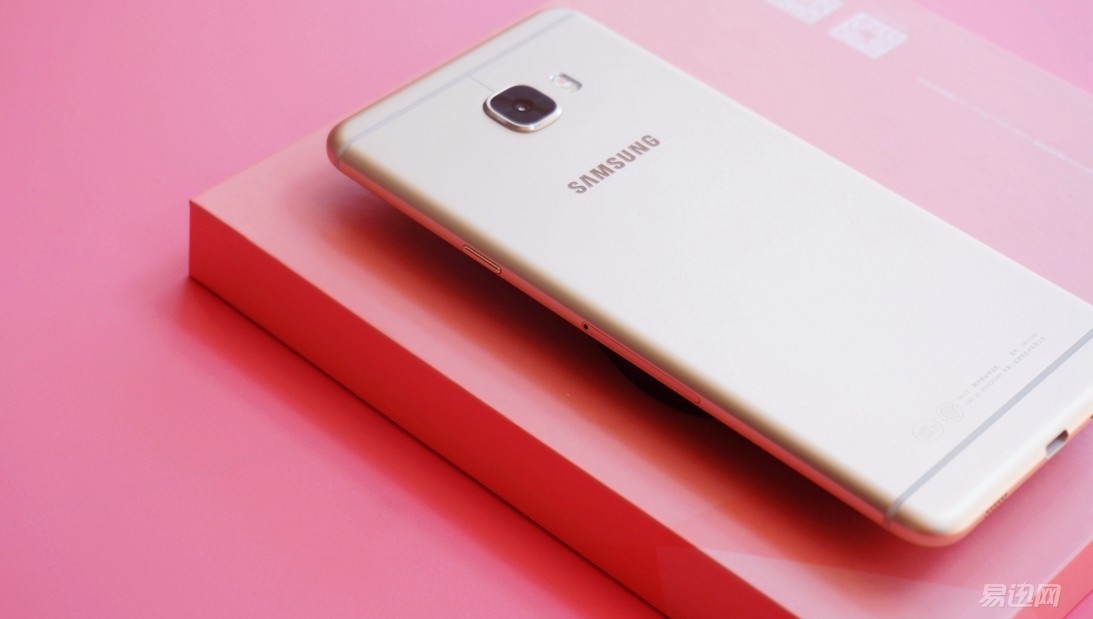 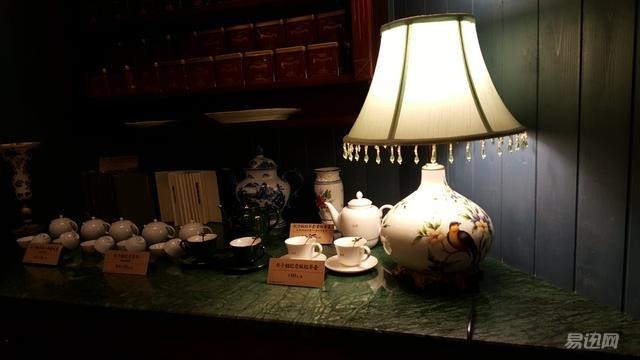 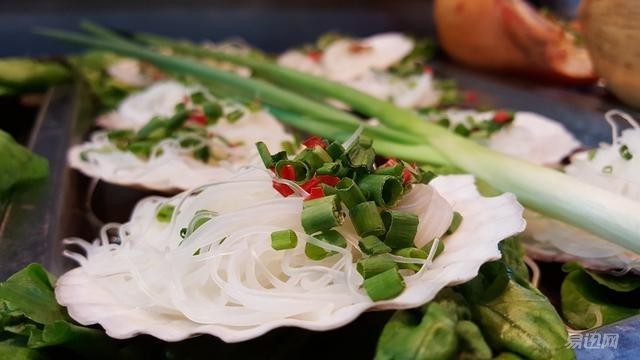 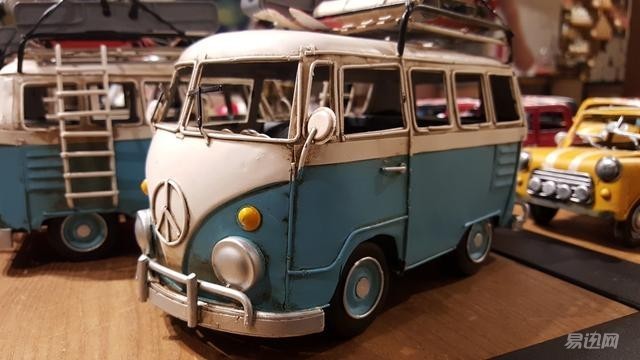 Through the above proofs Samsung Galaxy C7 imaging level is still very good, under high light can be a very high control of the screen brightness, and no over-exposure. And the analytical power has also maintained a relatively high level. In fact, the most fun is the art of watermarking, the machine has a lot of watermarks built-in. Overall, Samsung C7's camera imaging is still in line with this price segment.

Summary Â· It's all just so good 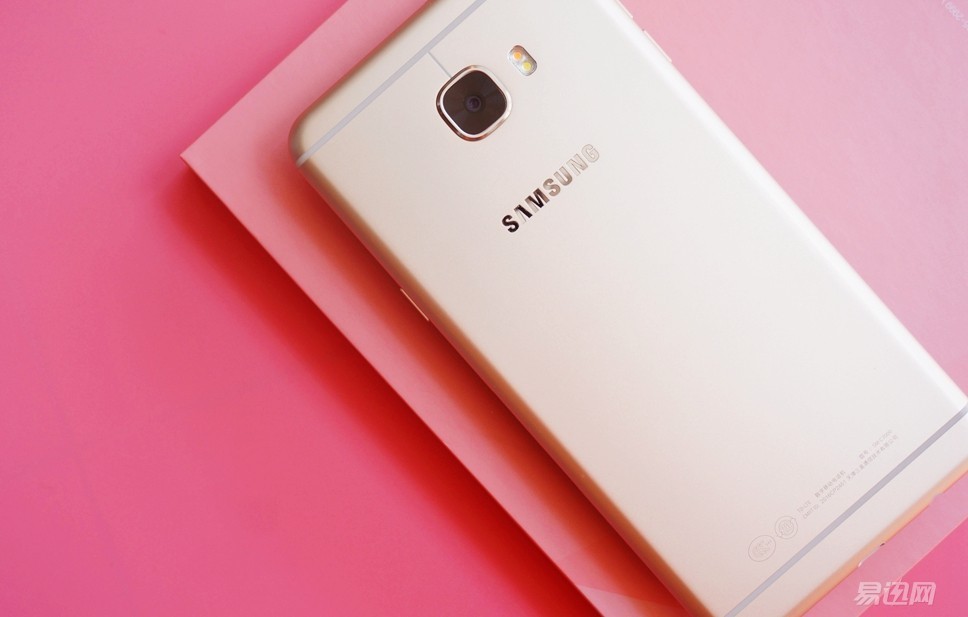 However, the metal body, local gold color, and a more grounded gas system, Samsung's thorough implementation of Chinese syllabus is also well done. The C series is just the beginning of a Samsung mobile phone that we believe we can see more in the future, more in line with the habits of the people of the country. If you buy a 2,000-plus smartphone and require configuration, value, or even a brand, Samsung Galaxy C7 will be a very good choice.

Previous: Say goodbye to cabling So easy, create a wireless monitoring system for the base friend

Next: Smartwatch or choose a round, HolaSmart X1 experience