Undoubtedly, the high-brightness LED will become the main feature of the next generation of cars. This is due to the many important advantages of LEDs over traditional incandescent lighting solutions. At the same time, the use of LEDs can also drive technological and even automotive design changes. However, as with any innovative technology, LEDs still have many difficulties to overcome before they are widely used in automotive lighting.

This article refers to the address: http://

The relative life expectancy of LEDs is 50,000 hours, compared to 20,000 hours for halogen tungsten lamps and 3,000 hours for halogen incandescent lamps. Compared with incandescent lamps, the solid structure of LEDs is less susceptible to vibration, and the light output of the light output will not drop significantly during use. With a multi-LED lighting solution, with the added benefit of "redundant parts", even if one LED fails, the lighting device can continue to operate. Proper use of LEDs (especially the temperature of the LEDs properly controlled) can effectively extend the life expectancy of the LEDs. Conversely, if the temperature is too high, the LED will be easily damaged. The application of automotive lighting involves many legal definition issues. Brake lights or headlights have been clearly defined in most countriesâ€”the lights are on or off. For multi-LED lights, it is difficult to accurately define whether the lights have been damaged. Manufacturers and legislatures are defining ways to use LEDs.

Compared to standard incandescent bulbs, LEDs have a higher light output per unit of electrical energy. However, the advantages of actual light output are not significant when compared to halogen lamps. The latest LEDs have excellent lumens per watt, but some values â€‹â€‹are obtained under optimized conditions and are usually not obtained at high output conditions. In general, when the current of the LED increases, the amount of light output does not increase linearly. Therefore, even if the LED produces X lumens at a charge of 0.5 A, no 2X lumens are produced at 1.0 A charge.

For example, for brakes and directional indicator tubes, when the vehicle has a speed of 125 km/h, that is, 35 m/s, the incandescent bulb has a hot start time of about 250 ms. LEDs with immediate response can issue a brake warning about 8 meters away, thus effectively avoiding car collisions. The same is true for the indicator light.

The way LEDs are illuminated is a single point. Unlike incandescent lamps, LEDs emit light only through a single surface. This is more suitable for headlights and aeronautical lights, but using LEDs for other lighting applications, such as cabin lighting, can be problematic.

LEDs are current control devices with relatively low voltage drops, which is a major problem that needs to be addressed. The easiest way is to use a resistor to limit the LED current. However, this method is not suitable for rated 12V or 24V battery systems because the actual voltage is from 6V to 18V or 12V to 36V. Therefore, if it is necessary to maintain illumination, constant current control must be performed.

Inductive Switching Constant Current Technology, although producing high electronic noise, is a more efficient solution. Depending on the number of LEDs used, buck or buck/boost can be used.

Radiated and conducted noise must be minimized to keep noise within acceptable limits. PWM (Pulse Width Modulation) technology provides a fixed frequency and is relatively easy to filter. However, the LED load is relatively stable, so if appropriate measures are taken, hysteresis ("bangbang") controllers and PFM (pulse frequency modulation) are suitable choices. There is a trend to increase the frequency of the switching regulator to reduce the size of the inductor/capacitor, which is not the best solution for automotive applications. Keeping the frequency low helps to avoid interference problems.

The â€œjitterâ€ or â€œspread spectrumâ€ technology of the fundamental frequency does help to meet quasi-peak EMC testing. However, the best approach is to not generate any radiation, and any switching regulator is difficult to achieve.

One of the key problems and biggest challenges faced by users of high-brightness LEDs (especially in the automotive industry) is the self-heating of LEDs. The lumens per watt of LEDs have been greatly improved, but the fact is that most of the electrical energy of LEDs is converted to conduction heat. LEDs have the advantage of low radiant heat and are suitable for cabin lighting. Conversely, in cold climates, the radiant heat of the headlights effectively melts the snow on the lens. Therefore, thermal management is the key to effective LED control.

Heat control mainly refers to reducing current when temperature increases. The advantage of using a bright LED is that when the current changes greatly, the eye cannot detect the change in brightness. In general, when the current is reduced by 25%, the brightness change of a single LED is not significant. However, LEDs change color characteristics with changes in temperature and current, and whether this will affect automotive lighting applications remains to be explored. Whether the spectrum of the LED is suitable for illumination and whether it affects the driver's sense of distance under normal night vision effects may be more important.

Using the PWM method to reduce the brightness ratio instead of the DC control, a larger ratio of light to dark can be obtained and the color temperature does not change, so PWM is a better method to reduce the brightness. However, the choice of frequency is also important. It is generally considered that 200Hz is a good choice because 200Hz is beyond the blinking feeling of the human eye. At the same time, the lower frequency ensures that it is below the switching frequency of the switching regulator. However, the potential problem of stroboscopic effects in headlamps must be foreseen. A more appropriate method is to use a higher frequency to adjust the brightness of the LED to avoid the "yaw" effect. At the same time, the inductor must be carefully selected to avoid audible noise in the car. 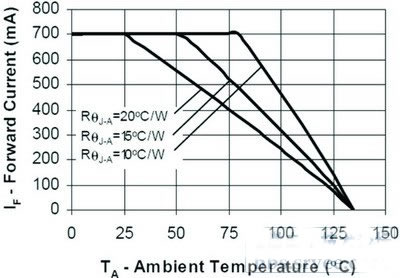 LED range of use

External equipment involves thermal limits and a large number of EMC issues. There are also many complex standards for sudden load testing. The drive LED must meet the stringent requirements of automotive EMC specifications. For LEDs driven by high-efficiency, inductive switching constant currents, meeting the above requirements will be difficult, and all precautions will increase the cost of the overall solution. In such applications, headlights, fog lamps and indicator lights are targeted applications. Due to the advantages of LEDs, LEDs can be widely used to create a comfortable environment in the car. Instrument cluster lighting, pedal lighting, aerial light, rear fog light, brakes and indicator lights on the rear of the car, used to display the mixed-color backlight and atmosphere lighting of the flat screen display of the car "entertainment information", will undoubtedly increase the LED application.

The BSP75 device for simple switching of LED loads is a "sturdy and durable" FET with ESD rating and over-temperature over-current and over-voltage protection. The device is suitable for LEDs with up to 1.2A in the engine compartment.

If you need to monitor the current at the same time (such as showing a series of brake LED lighting device failure), Zetex's current monitor ZXCT1081 will be suitable for 125oC and 60V surge voltage.

For in-vehicle LED control, Zetex produces a range of switching regulators with drive currents up to 1A. The ZXLD1350, 1360 and 1362 are a series of step-down converters that drive series 1W and 3W LEDs. This type of device uses a simple method to ensure the reliability of the LED control method and reduce the number of parts. At the same time, it can be turned off, soft-started, DC or PWM dimming and temperature control through a multi-function foot.

The circuit breaker is generally composed of a contact system,an arc extinguishing system, an operating mechanism,a trip unit,a casing,and so on.Our company's Circuit Breakers had been divided into 11 series(as follow),every series product have it's own special function,had exported into global market for many years,always with good feedback.