For artificial intelligence, he believes that "it can replace all basic humans with less than 5 seconds of work, it can be replaced." And "Which areas do not need the seven-six robots, this is a play. For example, sweeping robots, such as industry Robots, such as the elderly."

Of course, he does not mean that artificial intelligence will replace human beings, but â€œcreate higher value for human beings at a lower cost.â€ 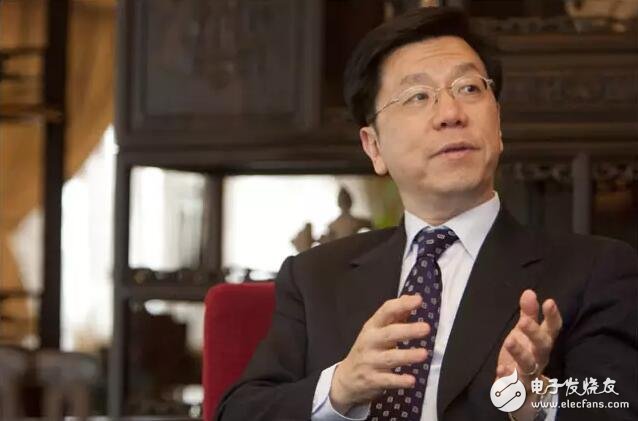 The following is the full text of Kai-Fu Leeâ€™s speech:

First of all, the innovation workshop is particularly optimistic about the secondary market. In the past few years, Chinaâ€™s capital scale and its potential have reached the top of the world. We have seen some of the better technology assets that were listed overseas in the past. Innovative workshops, clearly seeing early investment, medium-term investment, and growth investment in China, must look at China's capital market. Therefore, we have put the dream of past entrepreneurs to go to the Nasdaq to ring the clock, basically brainwashing, let them see China's capital market, let them know their technical potential and market development, it is the most suitable for them. market.

Innovative workshops are considered to be an early investment institution in the industry. We will analyze the trend of technology, just to make the cycle longer, to see farther, to learn advanced Western technology. We have seen the technology of the Internet, but the whole revolution has just begun.

If the macro is positioned as the mobile Internet, social networking after the Internet, and the big data and artificial intelligence brought afterwards. If this whole is regarded as an extension of Internet technology, we believe that the Internet revolution has just begun, and it will change the habits and industries that completely transform all human beings.

Now we see more opportunities for transformation, so today I want to analyze, we also see which industries will be transformed into the future, which will be a very thorough, very bloody transformation. Because companies that cannot accept the Internet +, AI + concept, they will be subverted. The future opportunities are mainly in companies that understand the power of the Internet and data, and they will subvert traditional companies. There will also be a few traditional companies that keep pace with the times, transform themselves and subvert themselves. This is a way and attitude for us to see everything.

I want to share the trend towards the Internet first, what happened in the past two years.

The entire Internet industry, what has been seen in the past two years is the decline of dividends. We can see that the download of the APP market is not as hot as before, the real usage rate of the APP is even a bit down, and the Internet dividend is over. What I said just now is that the "big Internet" concept will continue to subvert all traditional industries, but the so-called Internet user dividends are purely dependent on speculating users, burning money, buying users, and increasing traffic. This model is no longer feasible. When the entire Internet market is exploding, you can burn the user first and then think about how to make money, but this method is no longer feasible.

The growth of the Internet is slowing down, and after it slows down, it will have many new ways of using it. For example, the Internet can be moved, you can carry it with you, you can pay, and every point will bring a lot of entrepreneurial opportunities. From a perspective, the capital market has been a bit cold in the past year or two. If we look at the VC industry's investment, we can also find that VC's investment last year was half of the previous year. Rather than thinking that the VC world is starting to cool down, Internet investment is not going to work, we will come to see this issue first. First, we will think that the previous year was too hot. O2O burned money is irrational. Burning so many companies has brought some consequences, so everyone has cooled down and is rational. Second, the entire Internet investment cannot be regarded as an area. In some areas where the fast-growing, so-called vents are about to begin, Internet investment is actually hot.

If we look at internet finance, it is not P2P. If we look at artificial intelligence, big data, driverless, high-quality cultural and entertainment projects, its investment is actually increasing. So when you really find the vent, there is a star team, their valuation is still very huge.

In the past five years, the PE of the whole people, two or three years ago, was an angel of the whole people. These two things are not good things for the market. Because when capital becomes a red sea, most investors are irrational or non-professional. Then they will not cast good results. I feel that they are shrinking to a certain extent now, but good investors, good cases, good entrepreneurs, and good vents are still very worthy of pursuit, but they will have a special premium. opportunity.

From the innovation workshop, research experts in many industries, I will share the past investment strategies and performance before analyzing the trend.

P2P has been very hot in the past two years, but the storm has plummeted. The early research of the innovation workshop judged not to intervene in this field. This is a more rational decision.

The second example, O2O. The industry has exploded and then plunged. Innovative workshops may have done a little earlier, but they have not done a particularly good job. You have not seen that we have predicted this rumor very early, but we are more cautious and sensible to follow. Doing investment in the market.

In terms of artificial intelligence and financial innovation, we started investing in 2012, when the industry did not know the word. In 2014, we invested the most and the industry has not yet begun. Now that AlphaGo has defeated Li Shishi, everyone wants to invest in artificial intelligence. We are still investing, but it has not increased significantly. Because we may see some conditions that are at least overvalued and cannot be a bubble, this is the industry leader.

The consumption upgrade, the concept we saw in 2010, and then continue to vote, and now the industry slowly saw this opportunity. Culture and entertainment, we are also ahead of the entire industry. The most typical example, not mentioned here, is the mobile Internet. When we were founded in 2009, we did all in plus on the mobile Internet of smartphones. We invested in the mobile Internet and invested in smartphones. The return was 15 times, and the time was good. We saw this as the only time. The VC of the field. But what is the concept of this field in China? Once it comes out, everyone knows it, it is quickly broken, and then it becomes a bubble. Then we need to find other fields. Of particular importance as an early investment is the very sharp nose that can be laid out when a tuyere has not yet risen. Our chips are based on us as a group of technology people. In the field of technology changing the world, our opportunities are the biggest.

Previous: How is the uncontrolled return and intelligent return of the UAV drone?