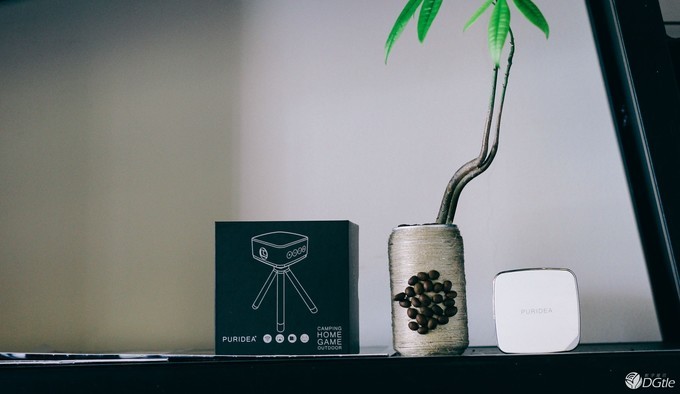 Perhaps this brand is not familiar to everyone, including me. But this does not matter, and ultimately does not look at the brand to see the product. What kind of usage experience can bring about is more concerned as a user. 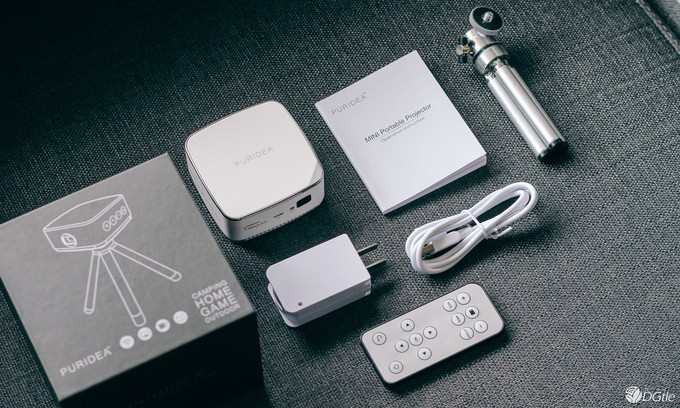 The square black packaging contains a lot of stuff. Host, power supply, data cable, remote control, tripod, manual. This small device is equipped with instructions that are relatively thick, and it turned out that it was adapted to multiple languages. 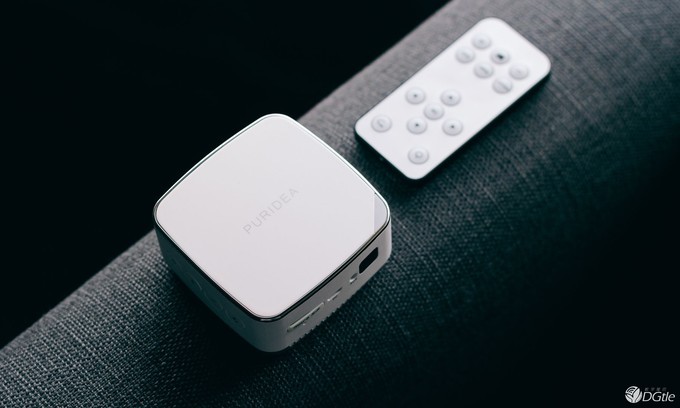 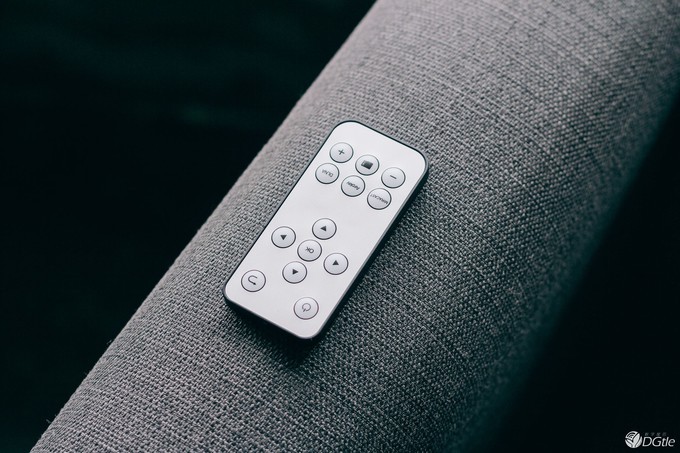 Similar to the recent popular home projectors, it is equipped with a separate remote control that makes it easy for you to operate. However, it should be noted that remote operation must aim at the area opposite the host. 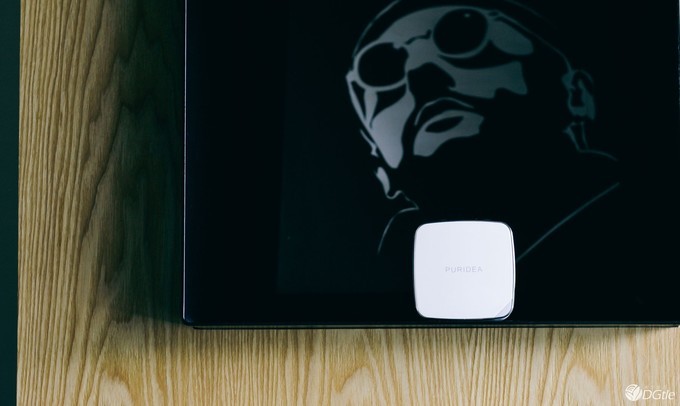 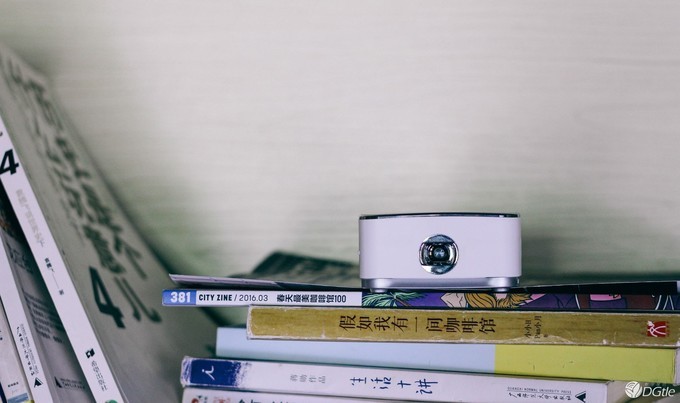 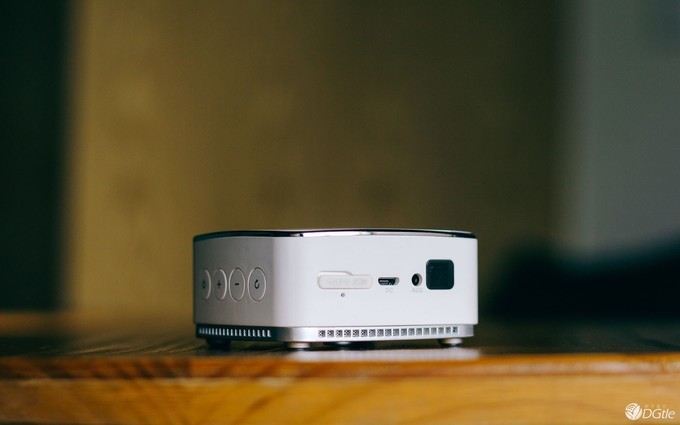 Let's take a look at the appearance: the top white plastic panel shows the brand PURIDEA in the middle and does not know how to read. The light gray cut corner in the lower right corner is a battery indicator light. The front is a circular lens, and the back is a lined card slot, Micro-USB power connector, AUX interface and the infrared sensor of the remote control. 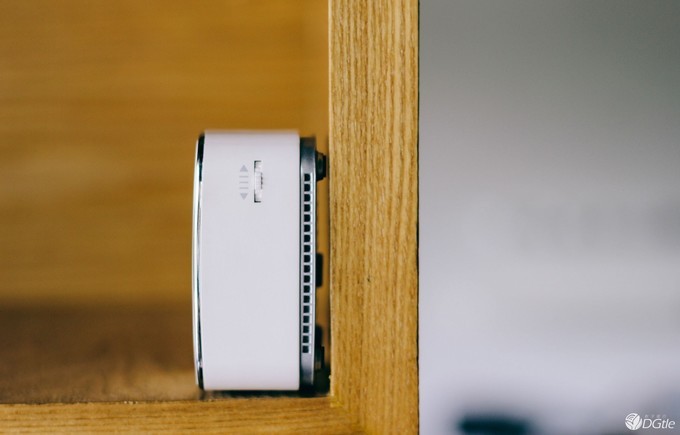 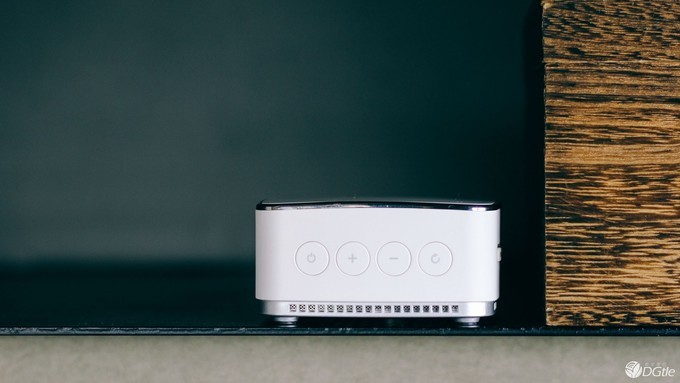 The left side is the power button, "+", "-", return these four buttons. Through these four buttons, you can complete the basic selection operation. The right side is a focal length adjustment gear. At the bottom are four non-slip feet, in addition to heat vents and speaker openings. Of course, there is also a small row of speaker openings below the sides to ensure better sound transmission. 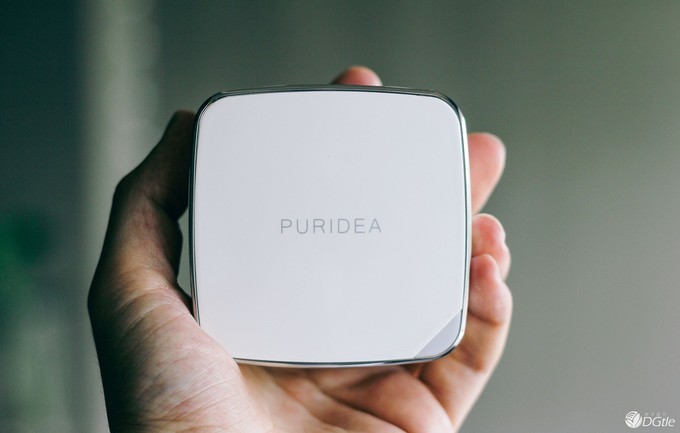 As a pico projector, it's really small and portable. The 707040mm mainframe measurements, the weight of 200g can really make it easy to carry in the bag. And it has built-in 4800mAh capacity battery, can work independently from the power line. Power supply using the Micro-USB interface can be replenished with a mobile power supply, which is also a convenience. As for the official 4-hour battery life, this will ultimately depend on how it is used. 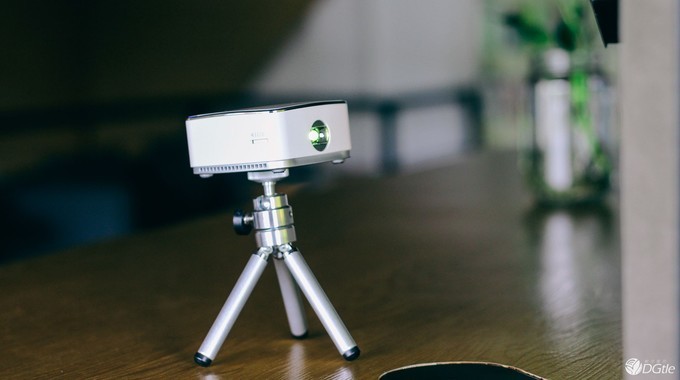 The included tripod supports a certain height when needed, and is placed in a more convenient location. Similarly, the tripod is also very small, if necessary, carry it with you. Of course, as far as the remote control is concerned, it feels less useable. 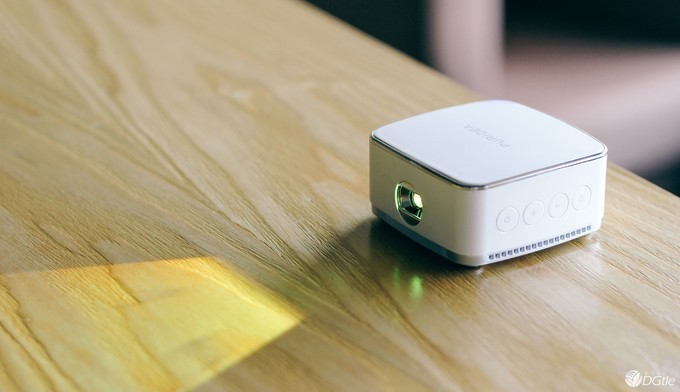 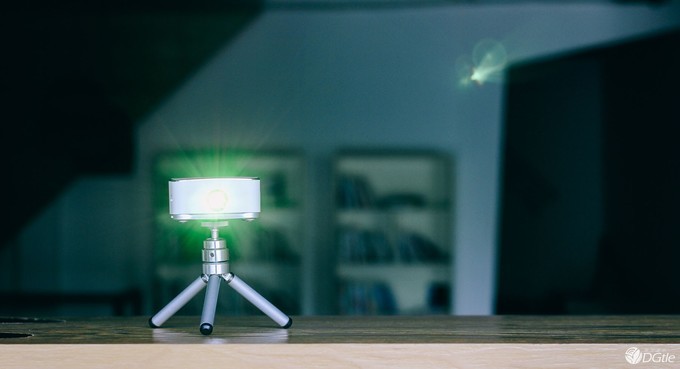 Micro projectors, with so many components stuffed in a compact body, naturally have some compromises. Lumens are only 50 ANSI. If it is traditional projection, it is not enough, especially in the case of daytime, the projection effect will be greatly reduced. But for the indoor environment, it can basically meet. The official maximum projected size is 80 inches. In fact, such a small projector has a resolution of only 854480. Although it supports 1080P coding, it is not practical to put too much size. It is more appropriate to experience a size of about 20-50 in the experience. 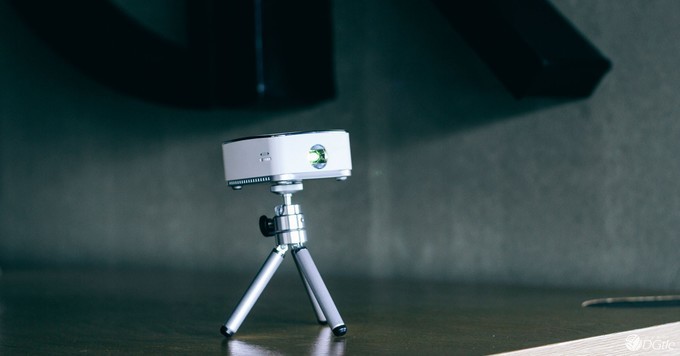 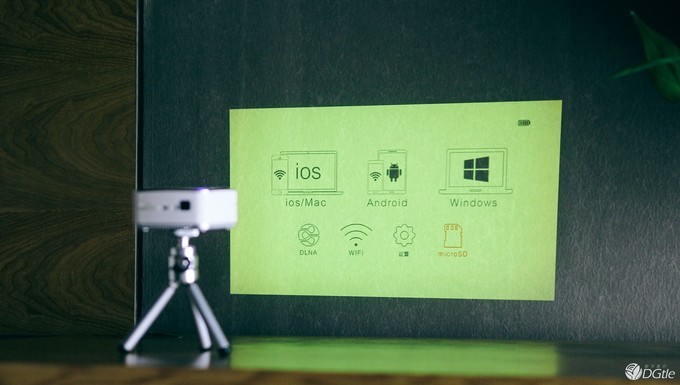 As a portable projector, PURIDEA W1 offers two input source modes. One is to directly insert a TF memory card, and the other is a WiFi connection.

Inserting a memory card is not necessary, just like a mobile phone. After booting, the boot input source is an SD card. Built-in video and picture player, you can directly play video files in the memory card.

The WiFi connection method can support more devices and is compatible with multiple systems such as OS X, iOS, Android, and Windows. In addition, the DLNA mode is also supported. Comparable in terms of adaptability. In the WiFi connection mode, PURIDEA W1 is connected to the access device through self-built WiFi. Of course, it can be equivalent to a WiFi relay. After the existing WiFi signal is connected, when the device is connected to the WiFi of PURIDEA W1, it is possible to achieve the projection of the picture without interrupting the data transmission. This point is also considered more comprehensive. 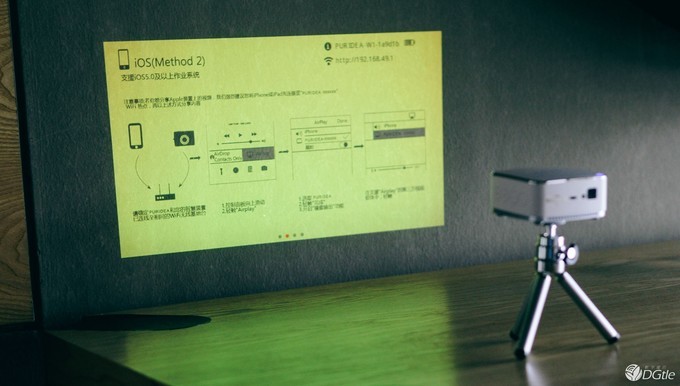 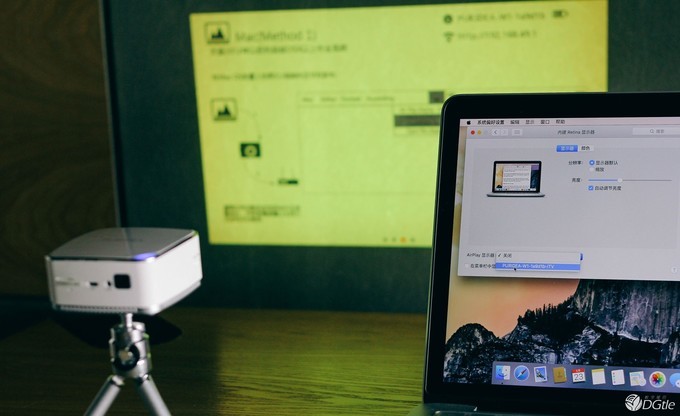 Another very careful point is that when you select a specific WiFi access device, PURIDEA W1 will project the corresponding setup connection tutorial. You don't have to go through the instructions one by one. This is very convenient for new users to get started. For Mac access, after connecting PURIDEA W1's WiFi, you only need to open Airplay in the mac settings. The mac screen is projected to the desired location. 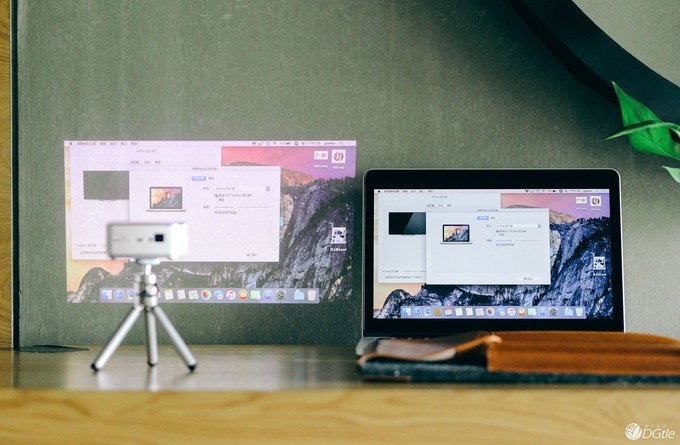 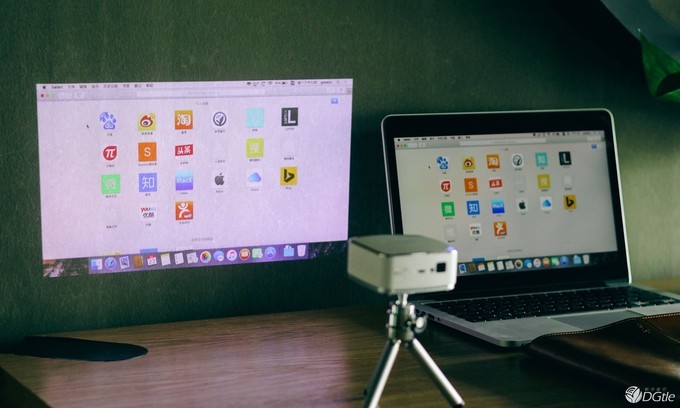 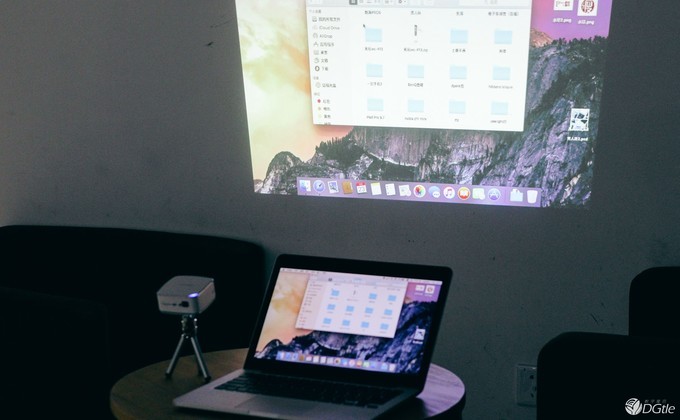 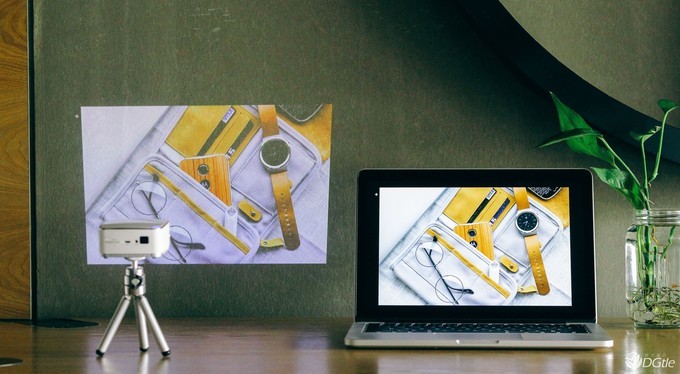 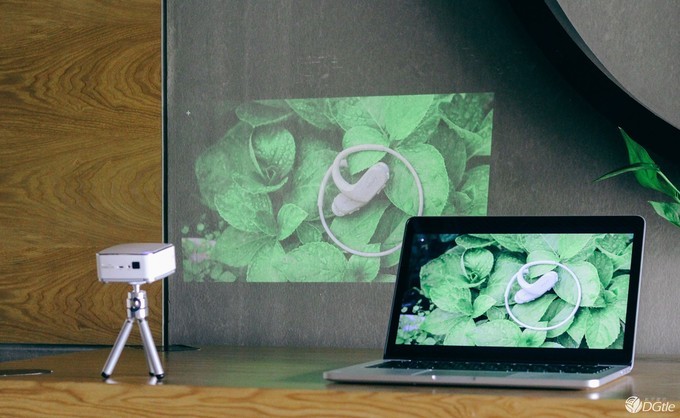 The connection process is relatively simple, the projection effect? As shown in FIG. Micro projector, but the effect of actual delivery is still quite considerable. As a kind of peripheral output, under certain circumstances, we will enlarge the picture we want in a certain proportion, which will bring more convenience. In the indoor environment, brightness can basically support us to see the picture.

However, during use, I also noticed that when I projected my Mac desktop, and then the screen is switched faster when I actually operate it, the PURIDEA W1 projected screen will have a slight frame drop, which will affect some of the Specific use requirements. Fortunately, this does not happen when the video is played. It happens only occasionally when a web page, such as Twitter. 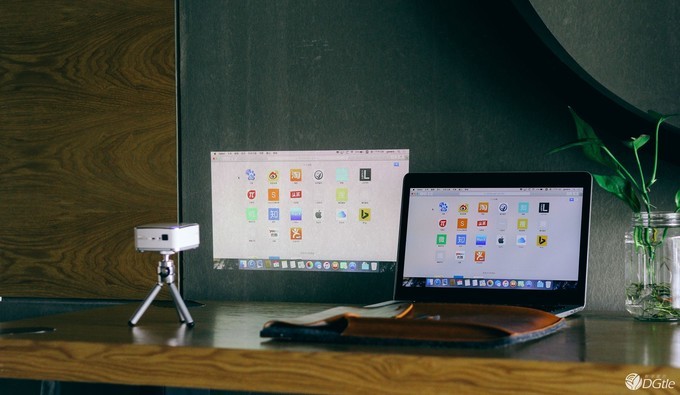 In addition, when viewing video and video with PURIDEA W1, it is recommended that you add an external speaker or the like. After compressing the projected components in such a small volume, less space is left for the audio components, so PURIDEA W1 feels weaker in terms of sound effects, and the entire sound comes out relatively thin. If you want to enjoy movie time, it is better. The external speakers bring a more comfortable experience. 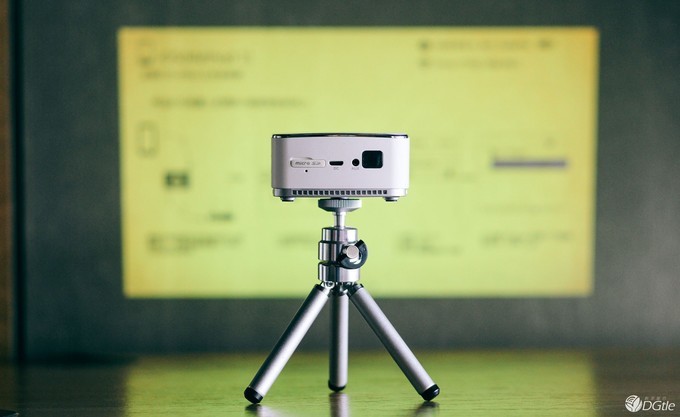 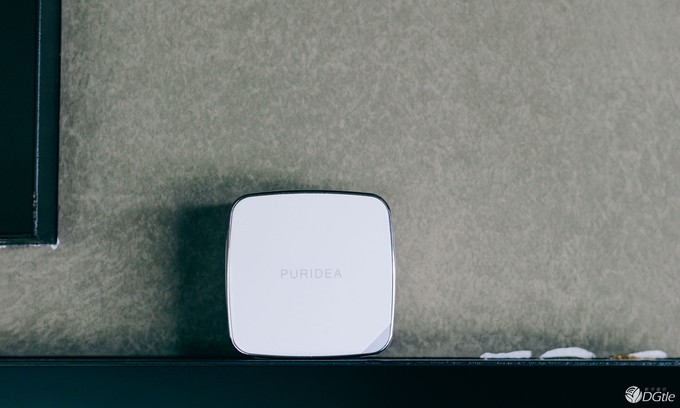 Having said so much, is there any practical significance for micro projectors such as PURIDEA W1? Or return to the old principles and look at the demand. Imagine some scenarios:

1. When you go out to talk about things, if you need to report to more people who need a bigger screen, the portable projector can show its value;

2. When you go out for a tour, when you come back to the hotel in the evening and suddenly want to watch a movie and enjoy it, prepare a movie on the memory card in advance and you can come along with the micro projector.

3. When you are at home watching a movie screen that is not large enough, the home projector feels too occupied, or when you want to lie in bed watching the movie on the ceiling, a miniature projector like PURIDEA W1 can be used for you. Now.

Of course, there are many scenes such a miniature portable projector can help you, although it does not bring a more professional experience like professional projection, but the basic projection needs can still be satisfied. 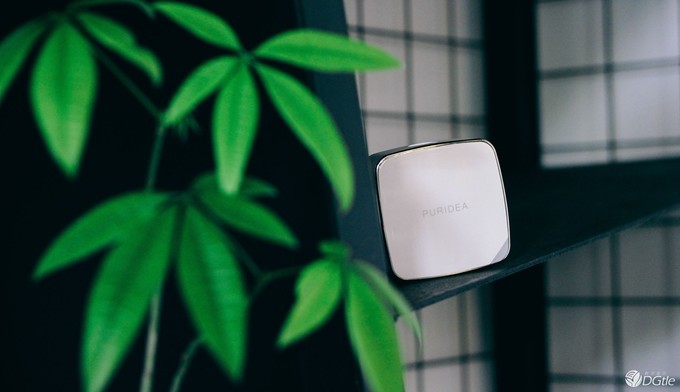 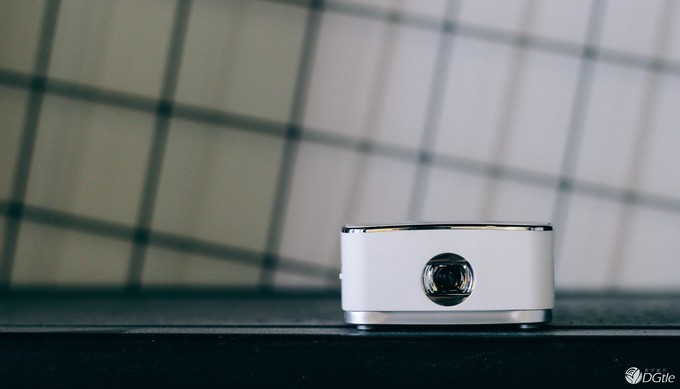 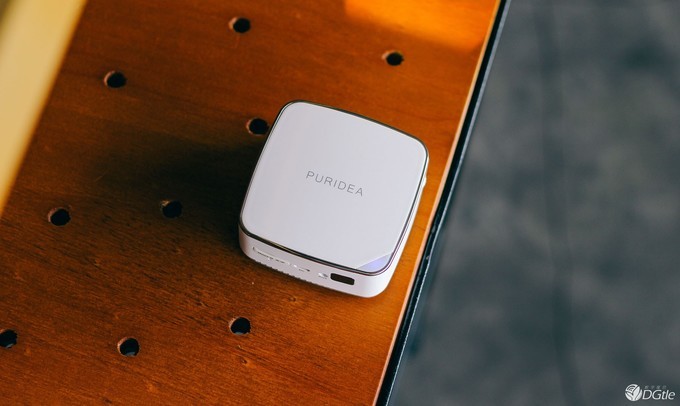 In the end, I almost forgot to say that PURIDEA W1 is equipped with fan cooling, and the small fan sound is very small. However, the projection broadcast, the heat is still quite large. When the two songs are played, the temperature at the bottom of the song can be obviously felt. For a long time playing video, is it likely to cause damage to the fuselage and affect the service life? This is a question to be verified, after all, it has not been bad after these days of use.

PURIDEA W1 has a very small size, built-in battery can work independently, a comprehensive selection of access functions and a basically satisfactory experience, in terms of products can be regarded as an excellent product. When you have the corresponding functional requirements, it can be your choice. However, issues such as memory cards that only support 32GB, thermal issues, and WiFi latency are still subject to further improvement.

This is the feeling that PURIDEA W1 gave me, and it will be considered as an accessory to be carried in future trips. And this thing official website price 1499 yuan? Expensive? If you can meet your needs, it is not expensive. If not, then a penny product is also expensive.