On the evening of October 26th, Microsoft held an annual new product launch conference. In addition to several major new products such as Surface Studio, Surface Dial, and Surface Book, Microsoft also released a value of USD 299. The VR head display was also reported in detail at the time. However, at that time, Microsoft only gave the VR device a few minutes of factory time, in addition to the price information, only Lenovo, HP, Dell, Asus and Acer several partners, and did not introduce other parameters. Today, the specific details of Microsoft's VR headset have finally been exposed. 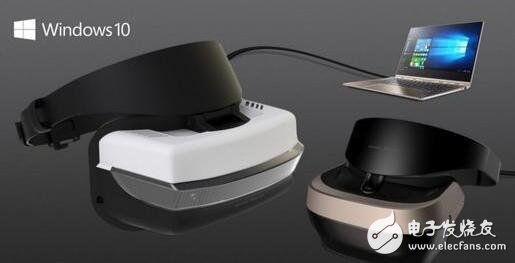 Xiaobian learned that the price of the regular version of VR is unchanged, or $299, and the official version of the high-end version has not yet released a message.

According to foreign media reports, Microsoft has released more specific information for this upcoming VR headset. The information shows that the VR header is divided into two versions: the normal version and the high-end version. The main difference is the refresh rate and high-end. The version refresh rate is 90 Hz, and the normal version is 60 Hz.

In addition, the normal version and the high-end version of Microsoft VR also have other differences in control, audio equipment, and wiring requirements. All headsets from Microsoft partners will use Microsoft's Inside-Out tracking system. This approach eliminates the need for markers and cameras scattered throughout the room and replaces them with a single camera and inertial sensor inside the headset to provide location data for the indoor VR experience. This "six degrees of freedom" feature typically does not support mobile VR platforms.

Next: Is there any technical difficulty in playing underwater drones?